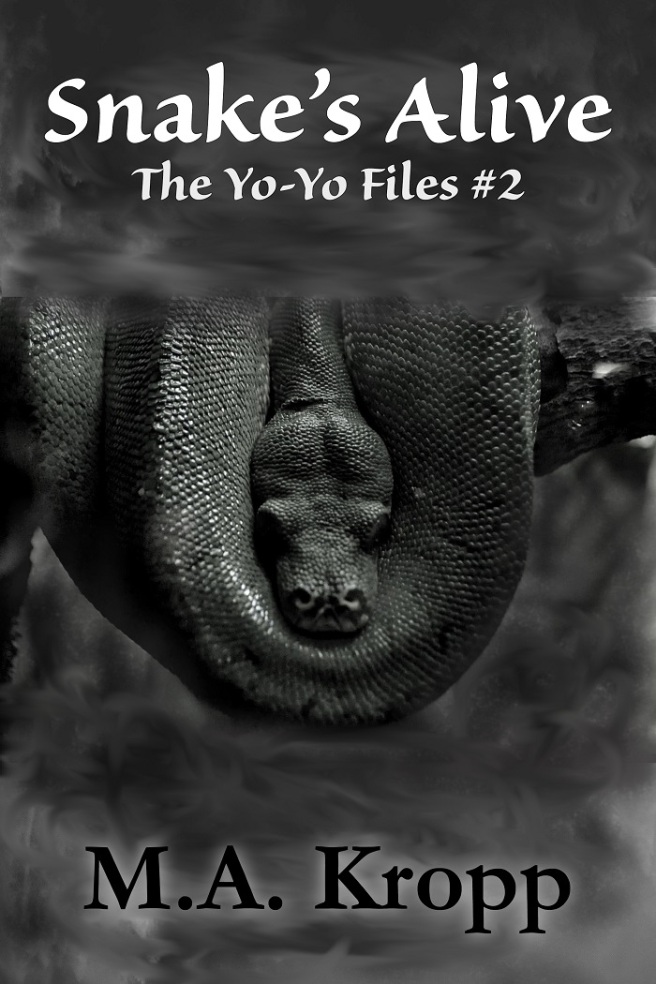 Things are quiet on the demon hunting front. Maybe a little too quiet for Cerise. No demonic possessions, no otherworldly intrusions. Johnny even has time to learn a new yo-yo trick. Cerise is edgy, though. No news is not necessarily good news in their line of work.

And then Lucifer appears in Johnny’s living room. Something is not right in the heavenly- and other- realms. Over a nice cup of tea, Lucifer tells them he has had a message delivered from God accusing him of being responsible for the disappearance of Gabriel and Michael, the archangels. He says he is not to blame, but that he has become aware of a shifting in the balance between Dark and Light, and he fears someone, or something, is trying to upset that balance in favor of chaos. If that happens, no one- Heaven, Hell, Earth, and everything in between- will be safe.

Johnny agrees to help Lucifer try to sort it out. He checks with his demonic informant who is reluctant to tell him much but does leave them with a cryptic riddle. A riddle that scares Lucifer even more. While doing a bit of research on the few clues they do have, they are attacked, and Lucifer is devilnapped by a larger than life serpent. He manages to leave Johnny with a way to track him and get to the heart of the mystery.

The trail leads them to an ancient cave, a wolf, and the real Serpent who plots revenge on all those it feels wronged it. Johnny and Cerise need to defeat the Serpent and rescue the captive angels before it can unleash untold evil and the ultimate destruction of pretty much everything.

What people are saying about Snake’s Alive:

“The main characters – Cerise and Johnny – reminded me of the partnership between Mulder and Scully in the X-Files as they worked through this adventure (or misadventure)… You will meet several demonic creatures of lore within this novel during an age-old battle of good vs. evil, and sometimes that line gets blurred” -5 star review on Smashwords

Snake’s Alive, Yo-Yo Files #2, is an urban fantasy novelette with elements of the supernatural and humor. It is available from these e-book retailers:

You can see my other books  here.