I had heard of Asleep at the Wheel prior to going to the show, and had listened in the past to recordings of some of their songs. Just never got to a show. Then, friends of ours went to a show, and in looking at the band’s upcoming schedule, saw that they were going to be at Bull Run restaurant here in Shirley. They contacted us and said we should go, so we did. And it was fun!

Their website says they play “American roots music”. It’s sorta country and western, sorta folk, and all toe-tapping good. I have to admit, I wasn’t sure what to expect, but I quickly found myself bopping along to the music and even singing along. I mean, how many bands these days play “Hot Rod Lincoln” live? As I said above, it was a fun evening and I would see them again.

We bought a CD and got it autographed after the show. I got a picture with Ray Evans- lordy, he’s a tall fella!

The sound was decent, although the vocals got a bit washed out in the first song, but they straightened that out pretty quickly. The food at Bull Run is very good, and worth going for, even if you aren’t seeing a show. They do pull in quite the varied list of performers, so if you are in the Shirley, MA area, check them out.

Here are a few pictures, and short video: 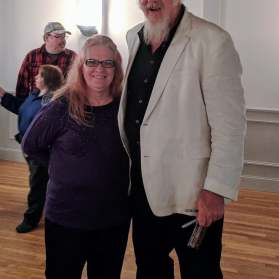 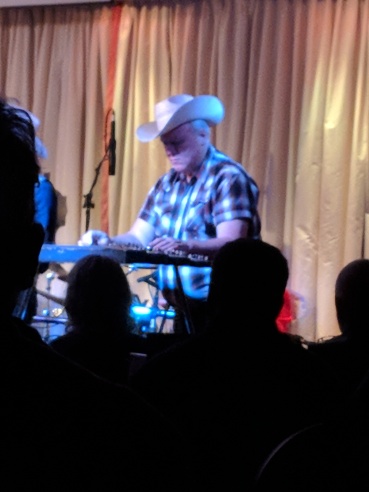 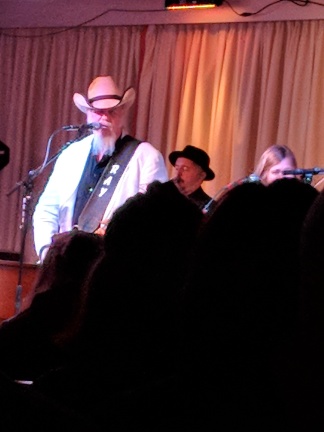 If you enjoy good old fun music, go see Asleep at the Wheel!

A collection of six short fantasy stories set in varied worlds of magic and mayhem. On sale now through May 6! Learn more here.

Five and Daemon, the Yo-Yo Files #1, is a short novelette in an urban fantasy setting, with elements of the supernatural and humor.  Learn more here