Without a lot of Spring-like weather. It’s been teasing us- the mornings started out nice and sunny and pretty, then a couple hours later, the clouds move in and it is gray and overcast the rest of the day. The temps haven’t been very nice, either. This weekend has been rainy and chilly. The weather apps say it will get better as the week goes on. I hope so!

We picked up a bell pepper plant for the deck this weekend. Nice, tall, strong-looking plant with a few peppers on it already. And cheap, too. Good all around. I transplanted it to a bigger pot with a support trellis. It will go out on the deck later in the week if the weather cooperates. I also transplanted my rosemary to a bigger pot. I picked it up the other day, and there were about six inches of roots hanging out of the bottom of the one it was in. Time for more room! We have some pansies, geraniums, gerbera daisies, and snapdragons in the railing box out front. Most of those are temporary until I figure out what I want for the rest of the season. I’ve been collecting ideas on Pinterest so I can have a decent idea what I am looking for when we go plant shopping. I will also need to figure out a plan for the deck railing box soon.

In other garden type news, we are planning on expanding the container vegetable and herb gardens over the next few years. We have a good amount of space around the basement “patio” area that gets sun most of the day, so we could add a decent number of containers there to grow things in. I’m doing some research this year so I can get to planning over the winter, maybe, and then be ready to add a thing or two next year. The lettuces growing under the lights in the basement are doing well, as are most of the Aerogarden plants. The basil is growing insanely well. And we have tomatoes on the other one! See? 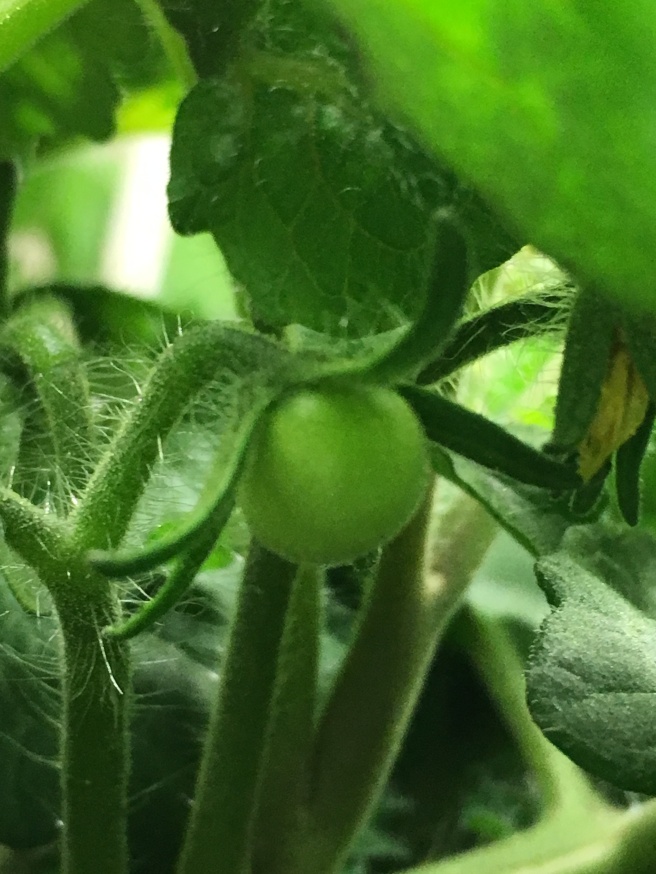 We had some new birds at the feeders, as well. This pileated woodpecker came by one morning for a suet treat:

And this oriole has been back a few times, as well. (Sorry about the fuzzy looking picture. I was taking it through the screen so I wouldn’t scare him away.)

No hummingbirds yet, though.

That just about covers my week. On into the next!

Five and Daemon is a short novelette in an urban fantasy setting, with elements of the supernatural and humor. It is free to download until the middle of June.
Learn more here

This site uses Akismet to reduce spam. Learn how your comment data is processed.